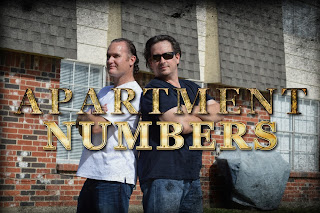 The Apartment Numbers website www.apartmentnumbers.com will also house links to their Youtube channel, Facebook page, Twitter feed, Pinterest postings and all their industry links. Some video that was either too graphic or too something may also be found on the site. Samuel Sadler of Apartment Numbers is notorious for being in footage that invokes the craziest of characters to surface from people. Sometimes this footage is good for television, sometimes not.
Posted by Samuel Sadler at 11:52 PM No comments: 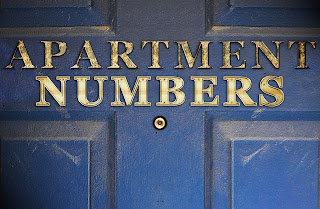 Samuel Sadler, CEO of elleven studios and ADHD Creative announced the release of the Apartment Numbers Reality Show. The teaser can be viewed at this Apartment Numbers YouTube Link. Apartment Numbers is the FIRST EVER multifamily reality show. The show covers the renovations of apartment complexes by Real Estate Investor Darwin German and team while telling the stories of the residents that live in the complexes being remodeled.

Sadler says, “Apartment Numbers has been one of my favorite projects to date. It has been a project that has enabled us to be creative and let life happen. We get the footage we get because we have cameras rolling all the time and we are introducing opportunities for good things to happen. This is a show that will break your heart and make you laugh in the same episode. We are doing a lot of good for people and having a lot of fun doing it.”

The show concept itself was developed by Real Estate Investor, Darwin German. German is an experienced Real Estate Investor having been introduced to the industry from his youth. German owns Darcorp, a Dallas-based real estate investing company that invests primarily in commercial and multifamily investing. German often pools money from multiple private investors to purchase properties at higher yields than most investments offer. Apartment Numbers is expected to be a signicant educational resource for investors
interested in investing with German. They will be able to get more information by watching or by visiting the show website.

When asked about his thoughts about the Apartment Numbers Reality Show Darwin German said, "I wanted to show the world how we change lives every day. A number of private investors invest with us and we wanted to show them the magnitude of what we are doing. The people that live in these apartments have amazing stories to tell. With these people there is never a dull moment. we just have to be there to capture it on film when it happens."

As the Project Director, Samuel Sadler creates events and opportunities to help the residents improve their lives, become united as a community and gain community exposure. With Sadler around, there is never a dull moment and the unexpected is sure to happen.

Watch for Apartment Numbers episodes on Netflix. Additonal information can be found at www.apartment numbers.tv on YouTube or Facebook at www.facebook.com/apartmentnumbers
Posted by Samuel Sadler at 10:10 AM 2 comments: